About us Why buy silver bullion?

The comments regarding economic uncertainty apply equally to a Silver Bullion investment. Many analysts are even more bullish about Silver than Gold.

So, why buy Silver?

1. Silver is also reverting to a currency again. Like Gold, Silver has also historically been a currency. It is expected that due to the uncertain financial times, Silver will once again revert to a currency as it has been for thousands of years. 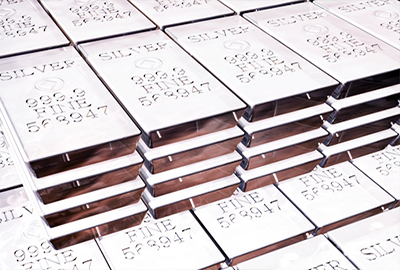 3. All major currencies, the US Dollar, the Euro, Yen, Australian Dollar, Canadian Dollar and the Chinese Yuan have all depreciated against Gold over the last 20 years. So, the bottom line is that there is no safe haven in any fiat currency today. In order to preserve one’s wealth, it is important to move out of any currency and into physical bullion.

4. The chances of hyperinflation is becoming a reality is getting stronger. As a result of the Global Financial Crisis between 2007 and 2009, the world’s Governments were forced to step in and bail out the financial sector, while propping up the private sector to prevent a total collapse. Widespread Quantitative Easing was undertaken by all Governments around the world. This policy will continue and the fiscal deficits in many countries are now reaching percentages of GDP that will eventually result in currency collapse and hyperinflation.

5. Silver has through the ages traded at 1/15 the price of Gold. Many analysts are of the view that the price of silver will adjust to this ratio. Should the Gold price rise, the increase in the Silver price will be even more pronounced.

If you are ready to secure your future contact us.

If you are not convinced yet, here are some quick facts for potential silver bullion investors: